A lot of the shows we watch these days are for the kids. I do love to go to the theatre but have to admit it’s usually for them.

When we were invited to see Around The World in 80s Days, I was excited for a show I thought would appeal to us all.

Most of us are familiar with the novel, Around the World in Eighty Days. In it, Englishman Phileas Fogg and his French valet Passepartout attempt to travel the world in 80 days. I have to admit it was never a firm favourite of mine, despite its many adaptations in film, theatre and television.

The 80s reference in this adaptation however, hadn’t gone unoticed and I was keen to see what this musical had to offer.

Our usual theatres tend to be Manchester or Preston so I was also excited to visit Blackpool for non beach/theme park reasons! The grand theatre is simply stunning. 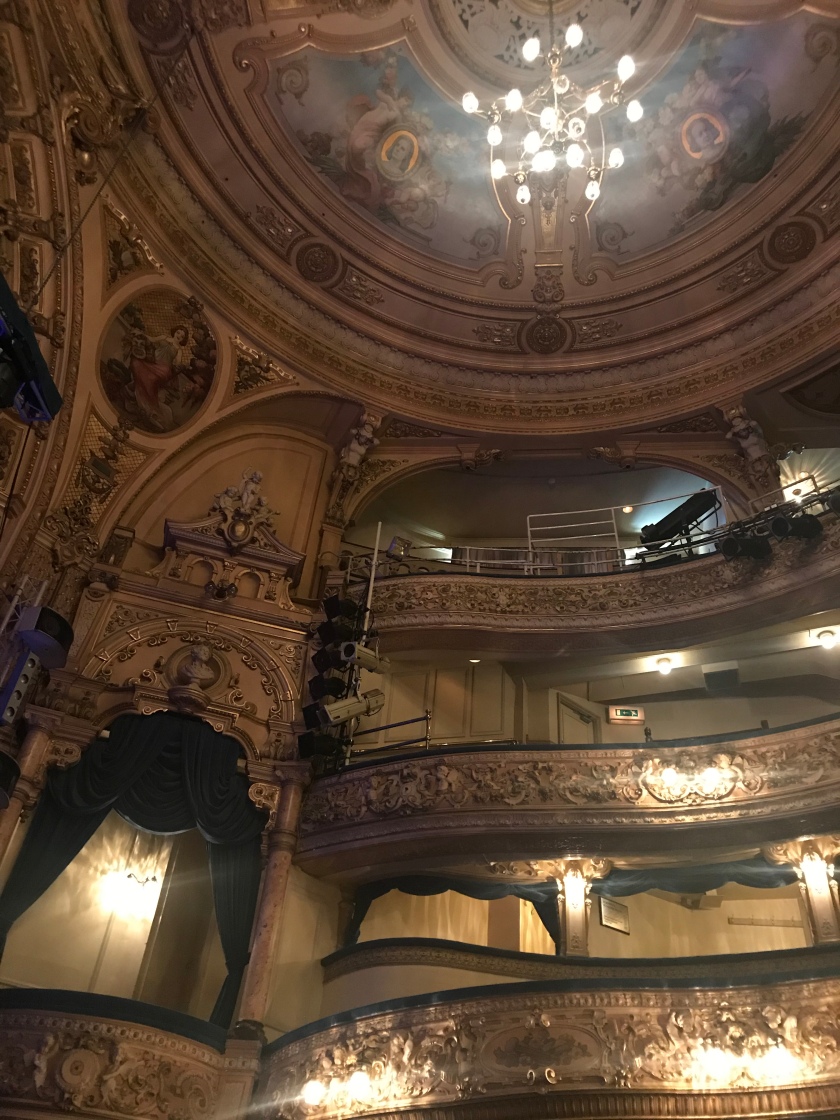 The entire cast is hugely talented and the way the music is woven in to the script is superb. This really kept the kids attention with some hilarious audience participation too.

At 8 and 12 a lot of the 80s music was unfamiliar to them and some of the jokes went over their heads but they really enjoyed themselves. I’d say the show is aimed at kids over 6 years of age but definitely one that the family can enjoy together.

The show features all of the huge hits from the 1980s, (much to the audiences delight!), I don’t want to ruin anything but how can you not love a show that has, Don’t You Want Me? by the Human League and Locomotion by Kylie Minogue. Special mention to Christina Meehan, what an amazing voice!

The chemistry between the lead couple, Andrew Bentley as Phileas Fogg and Justina Kehinde as African-American archaeologist Akilah is electric. Andrew reminded me lots of Downton Abbey actor Dan Stevens, so much charm!

The star of the show for me however, had to be Justina Kehinde. A strong and beautiful voice matched with a commanding stage presence. Definitely an actor who’s career I’ll be following from now on.

This is a text widget. The Text Widget allows you to add text or HTML to your sidebar. You can use a text widget to display text, links, images, HTML, or a combination of these. Edit them in the Widget section of the Customizer.
%d bloggers like this: